We made it to Utah!  After a few long days of driving, We arrived in Park City on Wednesday, and spent 2 nights there before heading to Moab.

The drive from Nebraska to Utah was very exciting, as we passed though multiple heavy storms, including one extreme hail storm. Because the land is so flat, we could see the storm coming from miles away. 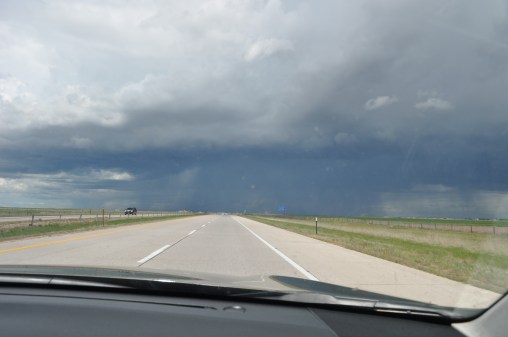 Sure enough, the radar showed us heading right towards the eye of the storm. It started off as heavy rain, and then suddenly we were driving through 3 inches of snow and hail. 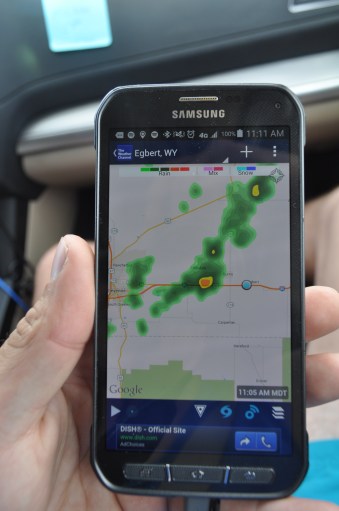 After passing through the rough weather, we crossed the border to Wyoming, and the landscape started to change. The flat plains turned to rolling hills, and then to steep cliffs and mountains all the way through southern Idaho & Utah.  We rolled into Park City in the evening, and had dinner with Heather’s friends, Heather and Thomas. 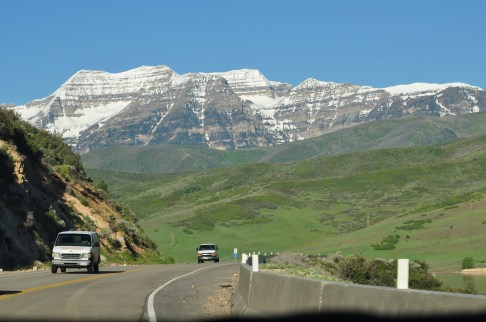 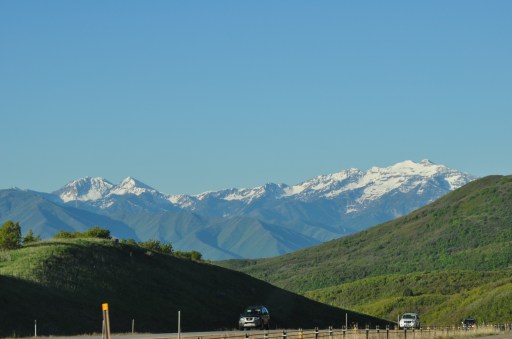 The next morning, we took a quick trip to Salt Lake City. We then went back to Park City and checked out the Olympic Center from the 2002 Winter Olympics.  The ski museum documented the progression of the sport… It was fun to see the equipment that people used to ski with, and we especially enjoyed the ski fashion of the 80’s!  The ski jumps and luge courses are incredible- but they are doing work to the facility, so much of it was closed for construction. Now we have an excuse to visit again to see the finished product! 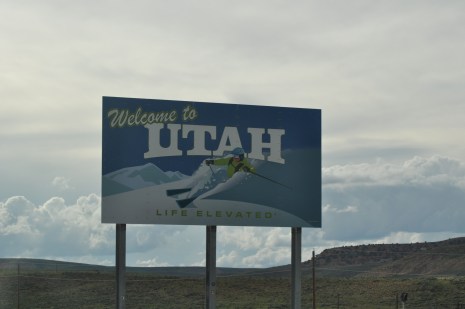 On Friday morning, we left early to make the 4 hour drive to Moab. Driving from northern to southern Utah yielded a huge change in the landscape. From rocky mountains topped with snow, to red rock spires and canyons, there was never a lack of beauty outside the car window. 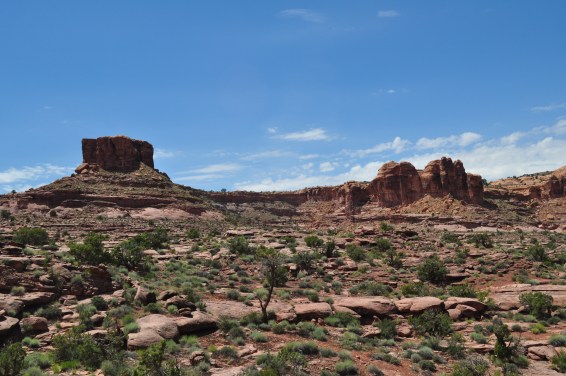 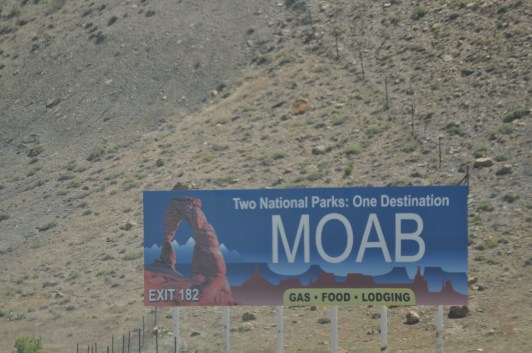 We had heard from many sources that the campsites can fill up quickly, so we were extremely happy to find an awesome site right on the Colorado river, just a 10 minute drive from town. 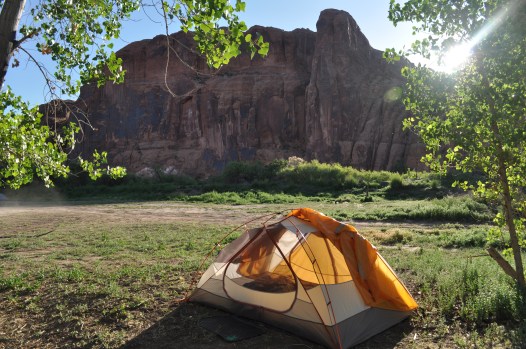 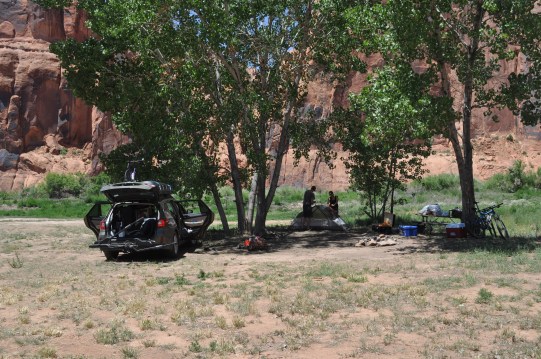 Sleeping under the stars takes on a whole new meaning here… 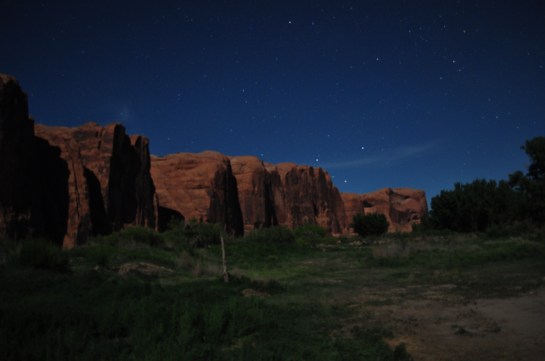 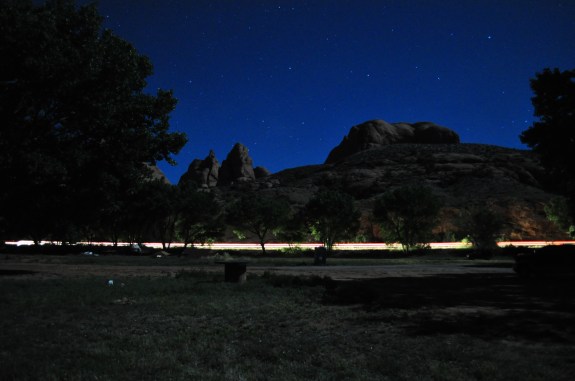 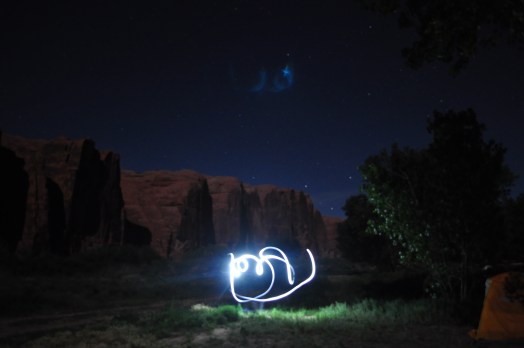 On Saturday morning, Dana went for a ride at one of the most popular mountain bike destinations in the world- Slickrock Trails.

The desert climate makes it nearly impossible to do anything strenuous during the middle of the day, at risk of heat stroke and dehydration. So in the afternoon, we put the Subaru to the test, and took an air-conditioned ride down “Chicken Corners Safari Route.” This dirt road is dominated by ATVs and dirt bikes, but is still passable with a 4WD vehicle. The road is steep and winding, with incredible views of the river and canyons (GoPro footage to come later). 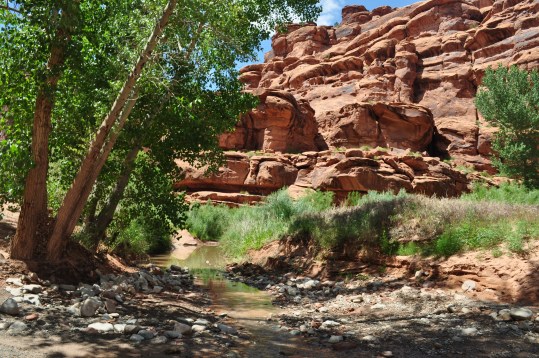 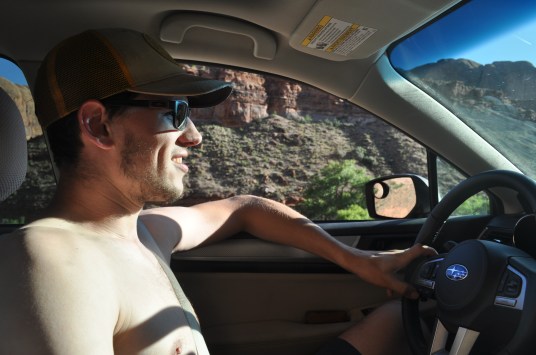 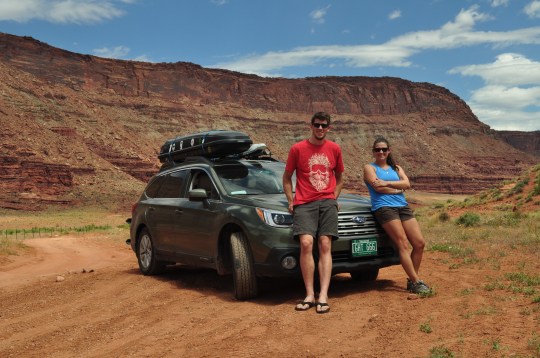 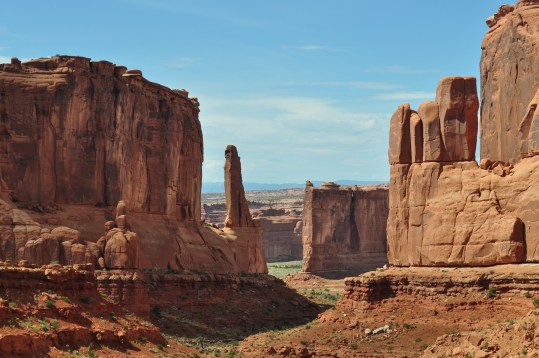 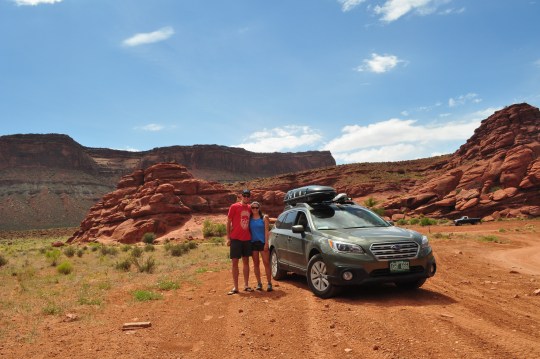 Later in the evening, we drove to Arches National Park. This place is crazy- neither of us can wrap our heads around how nature created such amazing landforms! We plan to come back another day to do some hiking.

Today (Sunday), we woke up early and headed to Dead Horse State Park. It was a pretty spectacular place for Heather to take her second mountain bike ride ever. And her second ride came with her first fall… right into a cactus. Hazards here are a little different than in Vermont 😉

We’ve had an amazing time here in Moab, and though our itinerary says we leave tomorrow, we may just have to add another day or two before we leave for our next destination!