As we mentioned in our last post, we spent the last leg of our journey in Stanley Idaho, visiting Tanner.  The first day we went rafting, and then Tanner took us on a short tour around Stanley. It is very small, but the views are incredible, and the inhabitants friendly. We had an impromptu beer with Tanner’s boss Sarah at his winter job at Sawtooth Mountain Guides.  She was very nice, and we hope to come back in the winter for an avalanche safety course! 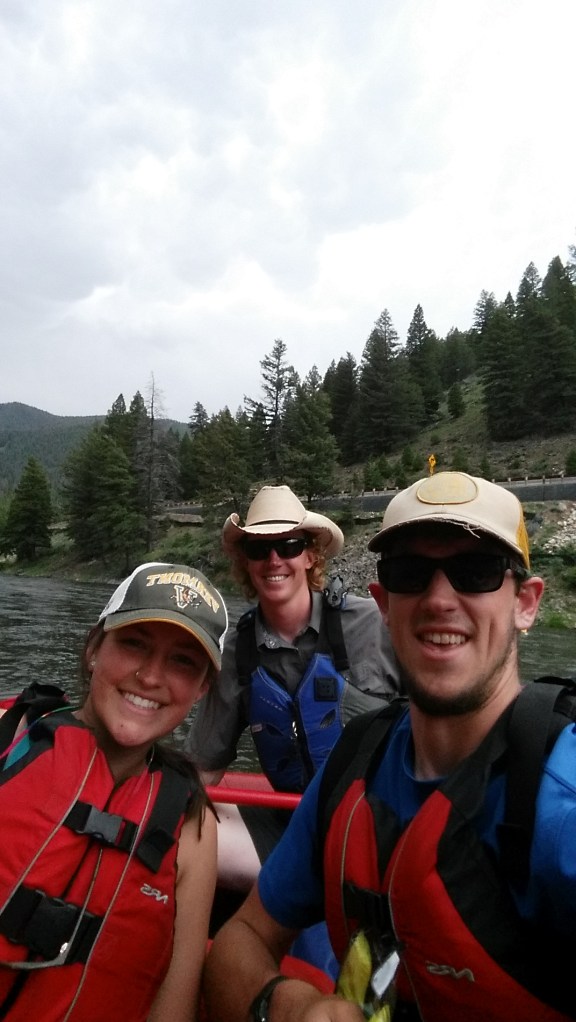 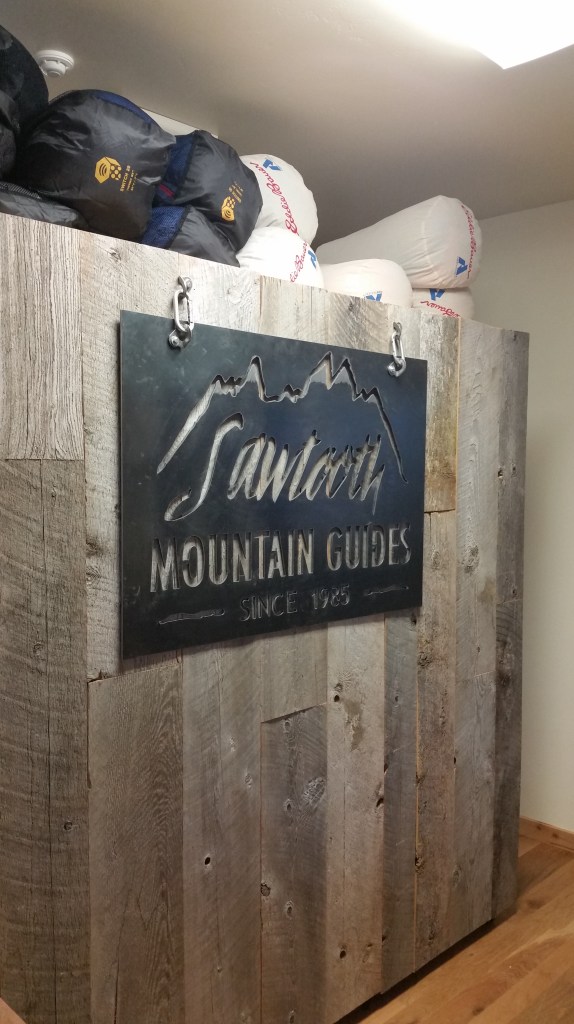 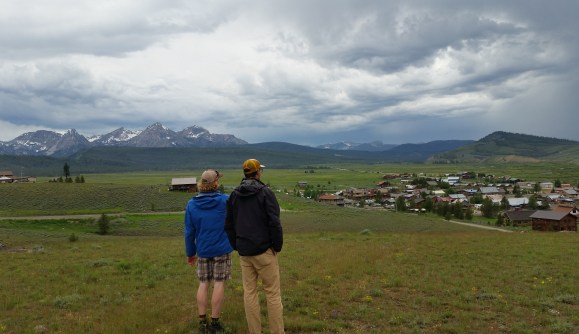 That night, Tanner cooked us some venison from the deer he shot last fall. It was delicious! 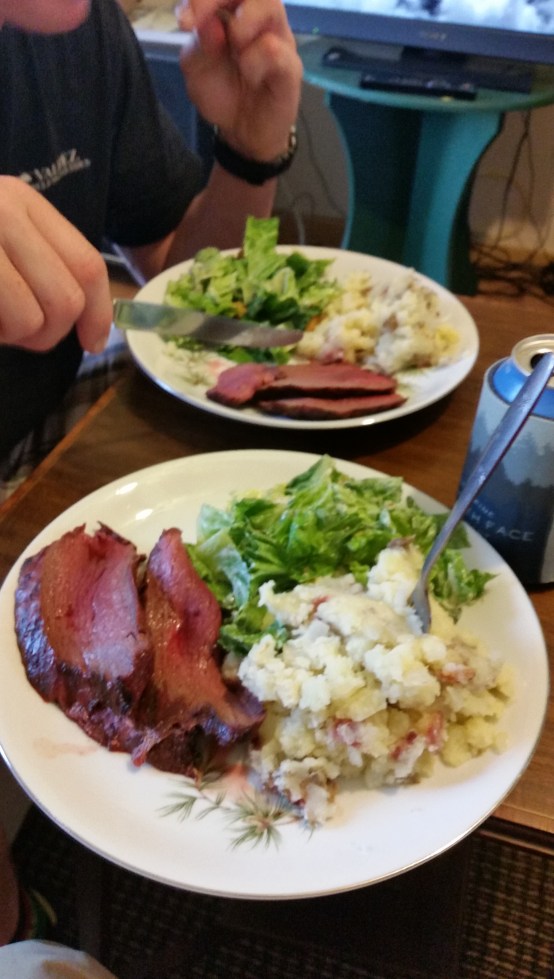 The next day, Dana rented a mountain bike, and after being chased by thunderstorms all day, to Sun Valley and back, we all eventually rode.  The ride was tougher than we had planed, but the views at the top of the long climb were worth it. Tanner found out the hard way that the bridges were slippery. After a quick picture of his mishap, we were on our way. 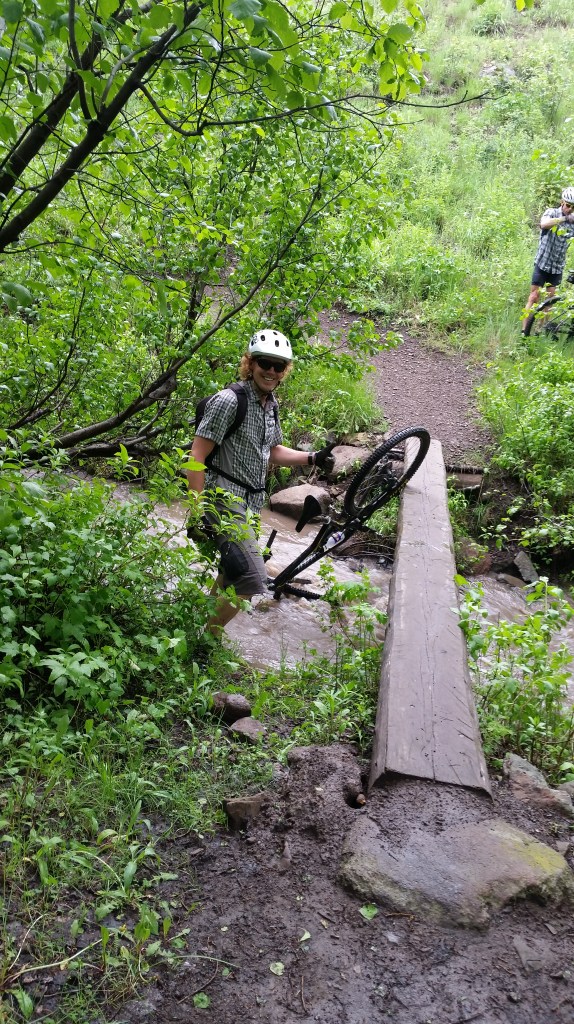 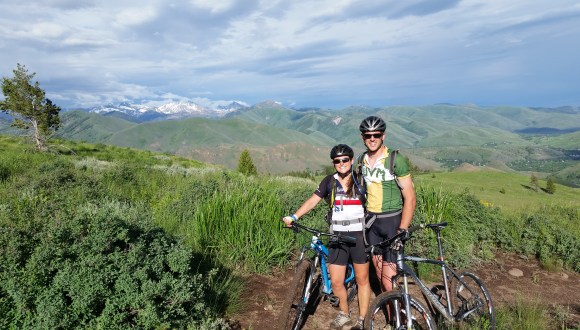 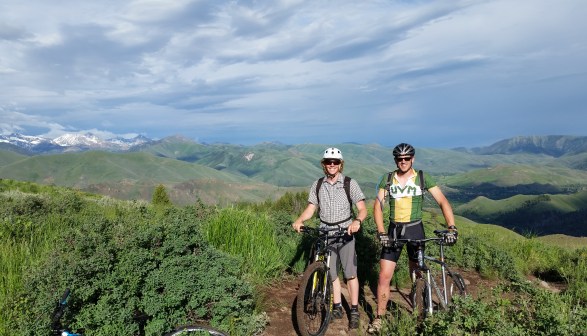 That evening, we drove to a local hot spring, and watched shooting stars while soaking in the natural hotspring drinking beer. We were planning on staying only two days, but they were over so quickly that we decided we had to stay for one more. Boy, was that a good decision.  Clearly we had saved the best for last.  This final day ended up being the best of the whole trip!

We started out with a delicious breakfast at the famous Stanley Bakery.  The food was great and the service even better (thanks Meg!)  After fueling up, we went for an incredible hike up to Sawtooth Lake. The hike was 10 miles long, but the trail was less steep than the Vermont peaks we were used to, so we made good time. There was plenty of snow still left at the peak of the mountains! 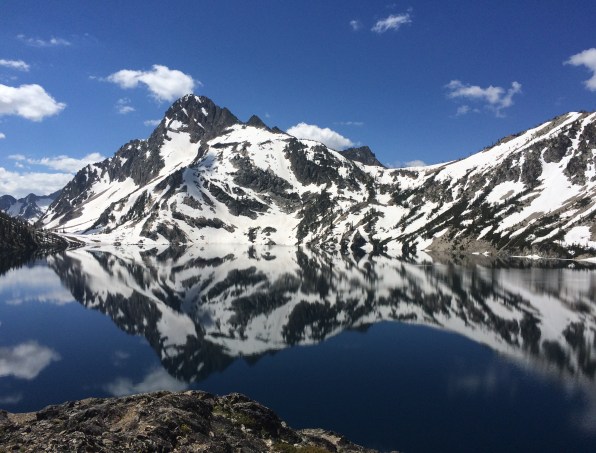 After descending from the climb, we got milkshakes and made lunch in town.  This energized us enough to take on the Salmon river once again, this time in inflatable kayaks, or “Duckies.”  We strapped them to the top of Tanner’s Element, and shuttled ourselves down the river. 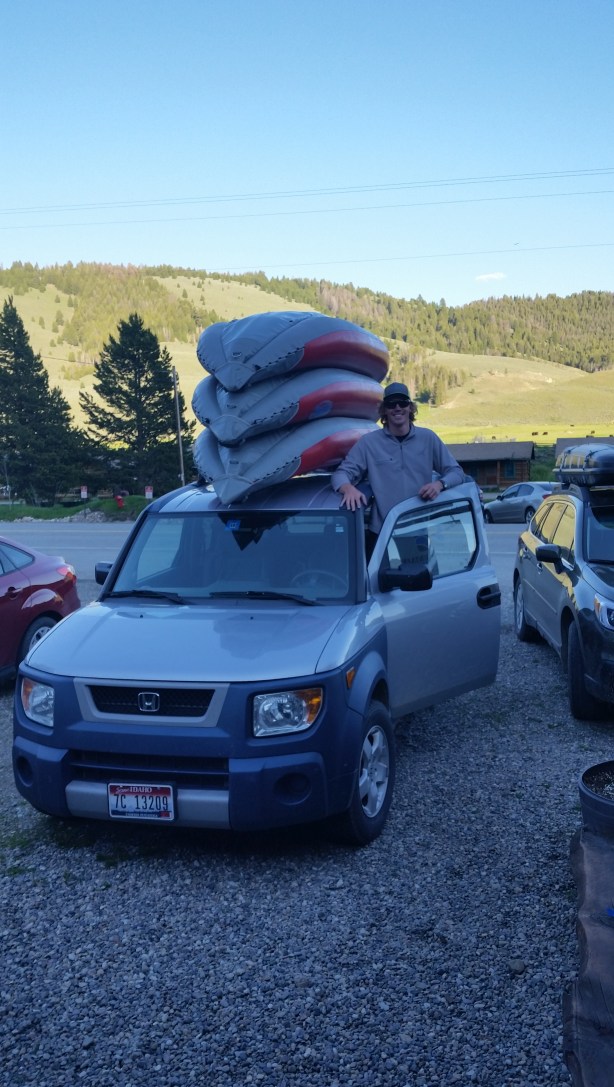 Neither of us had whitewater kayaked before, so when the first class 3 rapid called “Piece of Cake” came a short while into the trip, we both ended up in the river!  Getting tossed from our vessels was a bit scary, but after “swimming” through the remainder of the first rapid section, we climbed back into the boats to continue on.  We eventually got the hang of it, and enjoyed the rest of the river, including another class 3 section. After this, we went to the Redfish Lake Lodge for dinner and drinks. This local hangout had good beer and great food! If this wasn’t enough packed into one day, we wandered back to Tanner’s house, and made, then consumed a batch of ice cream. 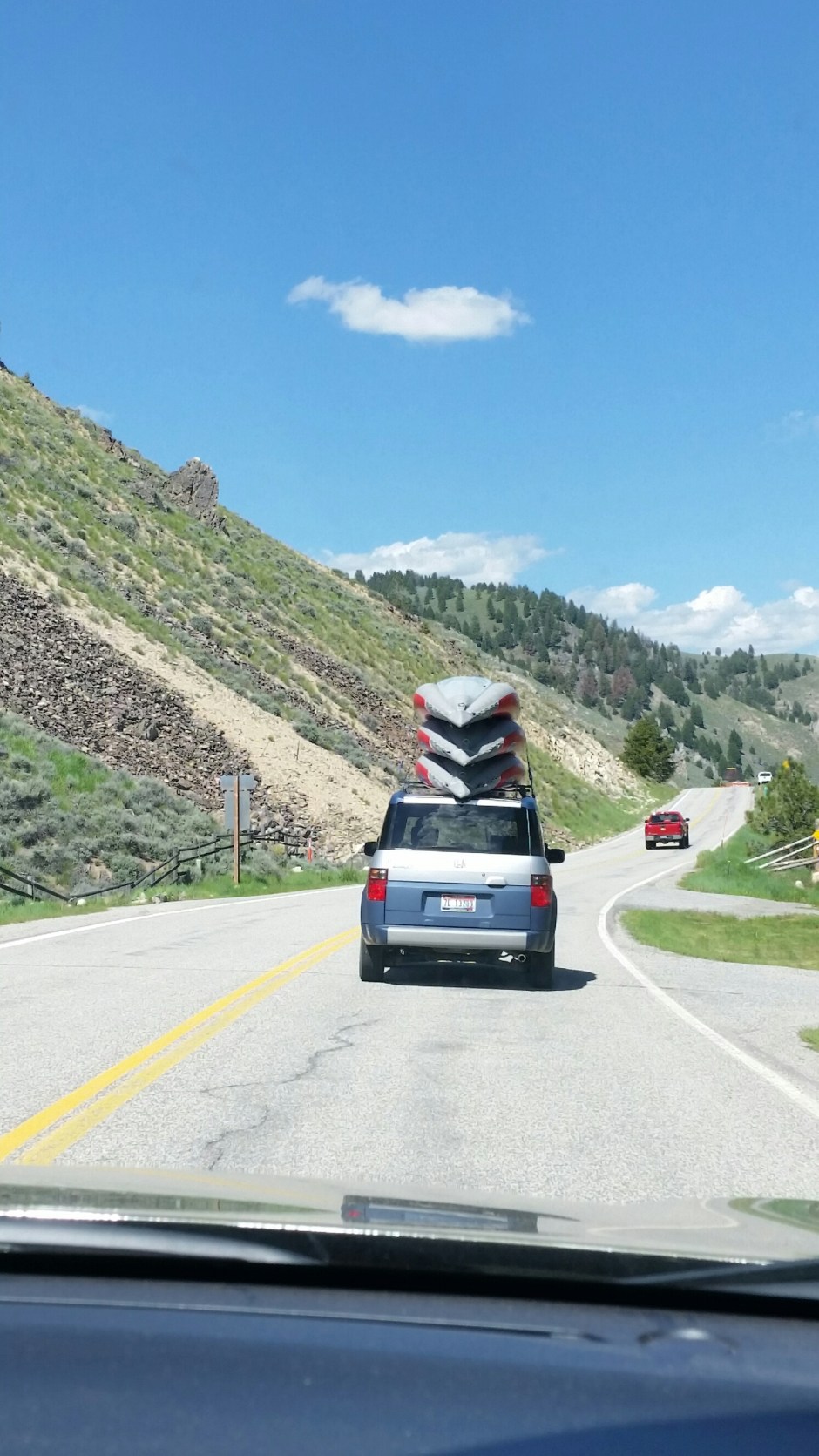 The next day, we got up early, packed our things and said farewell to Tanner and Stanley, Idaho. We filled up the car with gas, and drove through the day, and into the night. We stopped in Winnemucca, Nevada for a traditional Basque lunch at Martin’s Hotel, which was another recommendation from our “Road Food” book. Upon our exit from the city, we made a quick stop at a local casino.  Neither of us had ever been in a casino, so we had to check it out.  We decided we were willing to lose 3 dollars at the casino.  After figuring out how it all worked, we sat down at one of the only slot machines that still had the old fashioned handle-we wanted the full experience.  Heather put a dollar into the machine, and pulled the lever, gambling 25 cents.  The machine spun, and landed on triple bar. The machine started making noise, and we wondered what was happening.  A woman walked up and said we had won!   We immediately cashed out of this machine, wining $62! Dana tried his hand with the remaining $2 on a different machine, but no luck. We walked out of the casino 60 dollars richer than we had walked in. How often does that happen? 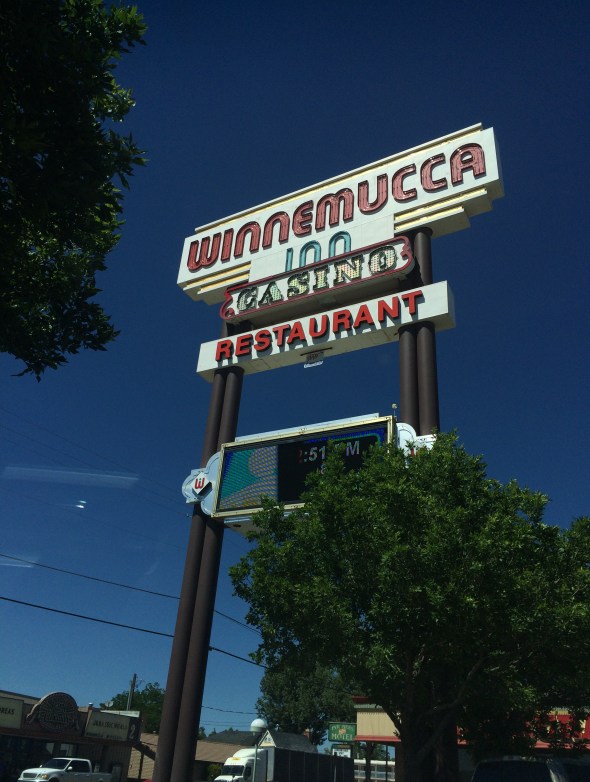 We continued onward, and by early evening had reached California.  A few hours later we arrived in Morgan Hill, got Thai food, and settled into our hotel room. 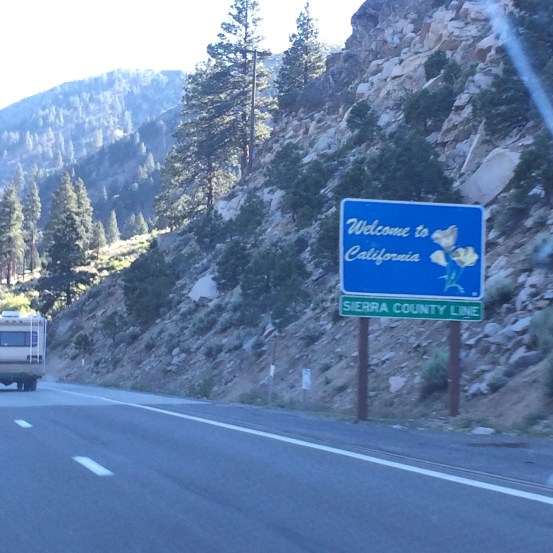 Today, we first took a trip up to a local state park, and then drove to Santa Cruz. We ate oysters and dinner at a restaurant on the pier, and then explored the boardwalk and the beach. 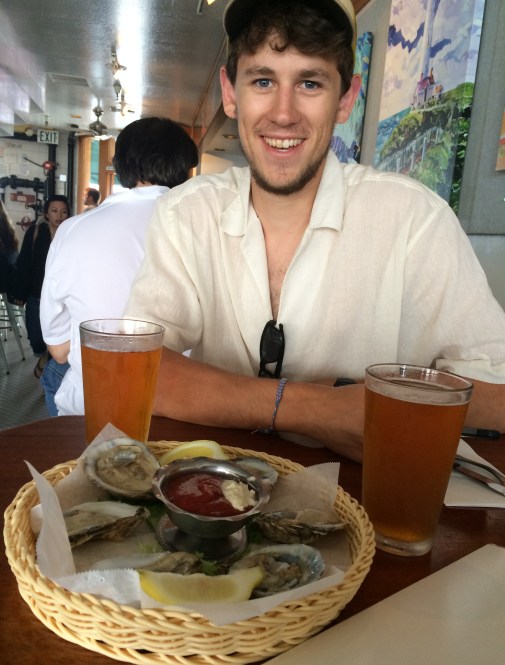 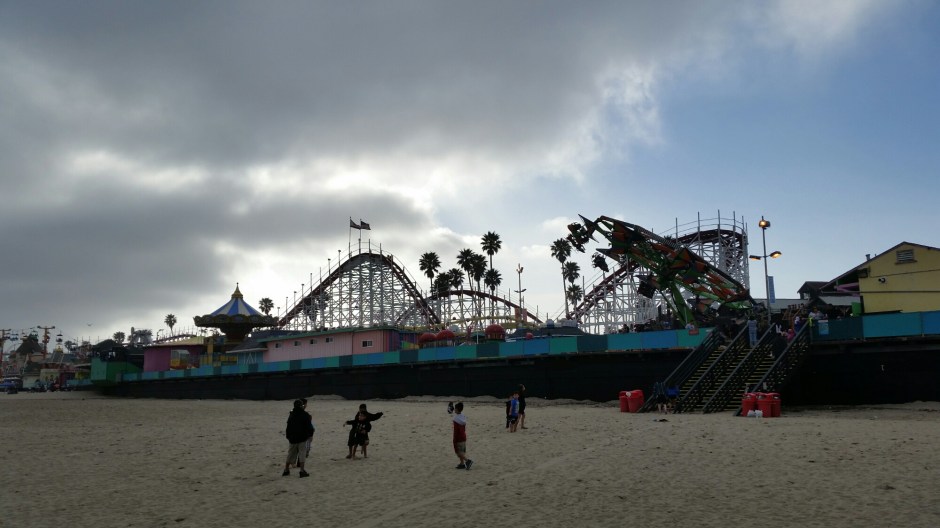 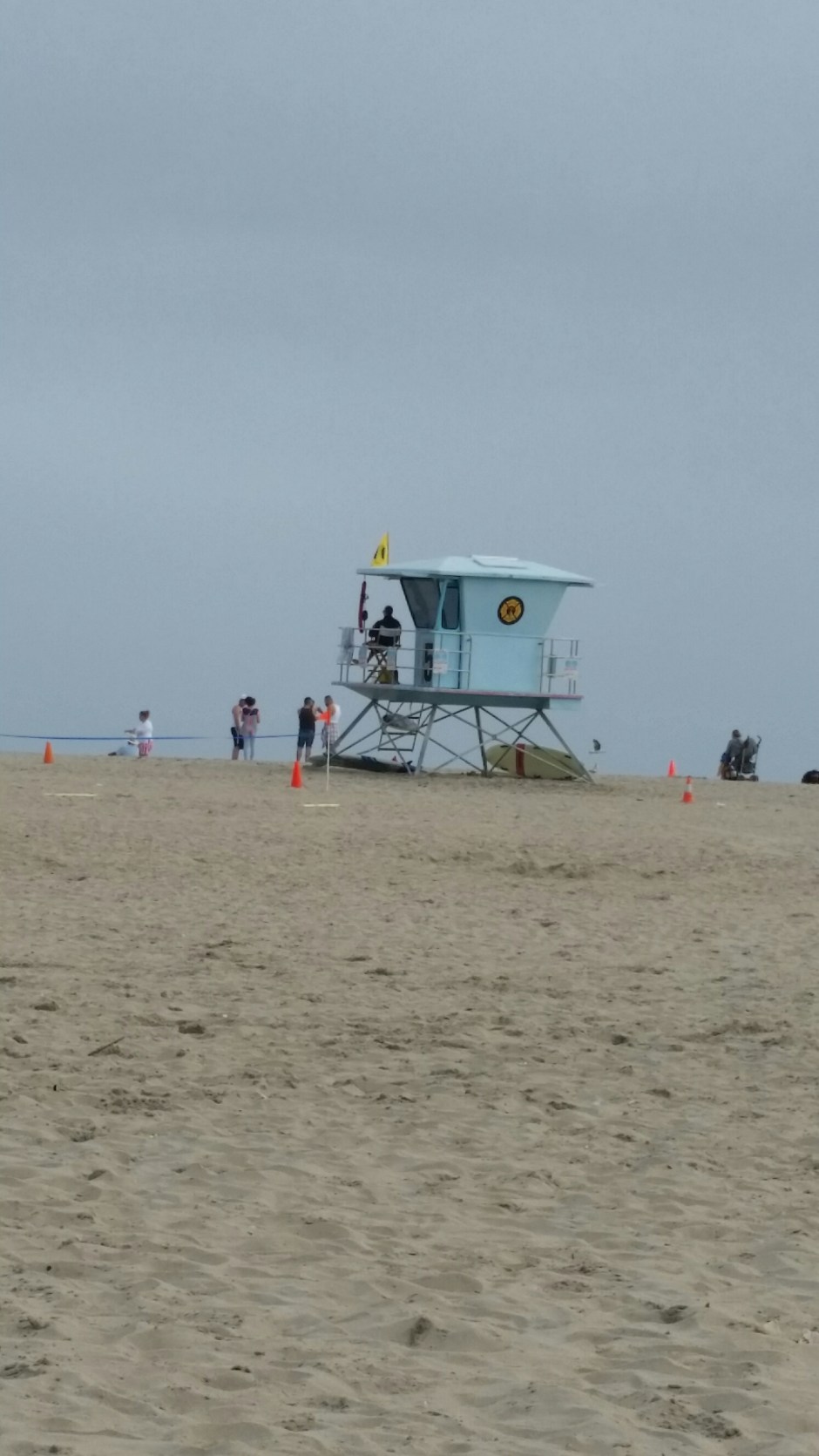 We will move into our new apartment tomorrow, which we are very excited for!  Dana starts work on Monday. We have had so much fun on this trip and are sad that it is over. We are, however,
excited to start exploring the area around us. Hopefully we’ll continue to update this site from time to time.