“You don’t know what you’ve got till it’s gone” or so the song goes.

The folks at the farmer’s market seemed down. Maybe it was just the hazy, smoky, gray sky lighting the scene that made it feel glum, or maybe it was the collective loss felt by local residents. Trying to enjoy this weekly celebration of life, in the shadow of a life-sucking wildfire burning just a few miles south felt a bit strange to me.  The particle filled sky filtered the sun’s light in an eerie way onto the people congregated in the town center. Like a large umbrella covering much of the Central Coast, the smoke obscured the sun’s rays, and transformed the normally sun soaked bazaar into a monochromatic display of folks just going through the motions. While there were still many children running around the park, playing, screaming, and having not a care in the world, the adults talked a bit quieter, and stood a bit less tall then they normally do.

We were 15 miles away from the Sobranes wildfire, burning between Big Sur and Monterey, CA, and like moths to a flame, or onlookers to a car crash, we felt compelled to venture down to ground zero.  Something inside me wanted to experience first hand the loss that was occurring. This day, like folks peering into the open casket at relatives funeral, we wanted to see for ourselves the cancer that was quickly spreading through this cherished area. 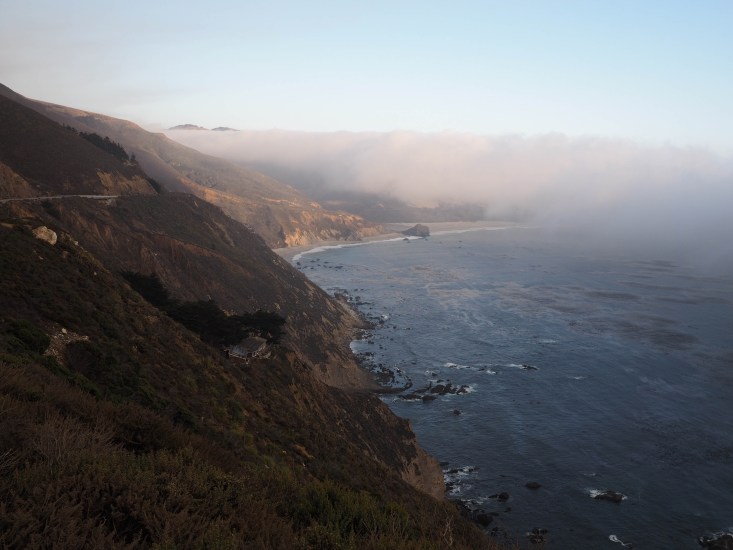 Whenever we have a spare day, and want a quick dose of natural beauty, we head down Route 1 and explore the seemingly endless coves, dirt roads, and mountain vistas that Big Sur has to offer. In the year or so that we’ve lived in California, we’ve spent many days and nights in this area, but still haven’t absorbed nearly enough of what this magical place has to offer. And we might never get a chance to explore the rest of it.

The Sobranes fire started some point last week, and as of Thursday, July 28, it has burned nearly 30,000 acres, and is only 10 percent contained.  It has torched over 30 homes, killed 1 firefighter, and closed all the state parks in the area for the foreseeable future.  We drove south, and immediately started passing countless fire engines, bulldozers, and firefighters.  It’s not until you actually see the effort that is going on to contain this inferno that you realize the vast scale that wildfires occur on.  It’s not until you smell the smoke, and feel the particulate matter in the air that you realize the transformation that is occurring. A transformation from living, breathing earth, to scorched, dead, blackened ground.

Some of our favorite places to explore won’t be the same for a long, long time. It may have been this realization, or possibly just the smoke irritating my eyes, but a few tears ran down my face as I got out of the car to take some photos.

Then something strange happened. The air was thick with smoke, but somehow, I started to see beauty in the fire. The combination of late afternoon light mixed with some fog off the ocean, and the smoke from the burning trees and grasses made for rare, majestic lighting conditions.  It was hauntingly beautiful. At this point I also remembered that fire is a natural part of the cycle of life for many ecosystems. These areas actually evolved with fire. Fire allows for new life to spring up out of the ashes of old. There are certain trees that rely on fire to open their pinecones, and kick start the germination of the seeds inside. Soon after a fire sweeps through, the nutrients released into the ground by the fire are taken up by the next generation of plants. Animals soon return.  And humans rebuild. While fires of this massive scale are not natural, and the loss of human life is always terrible, it is reassuring to think that maybe there is a bit of good that can come out of such violent disasters.

While the charred, blackened remains of beautiful forests, and the torched foundations of people’s homes are surely a sad sight, we must remember that these are only temporary, and the beauty of nature will reclaim the land eventually. The power of life on this earth is incredible, and can overcome nearly anything that gets in it’s way.  So, enjoy the forests while they are alive, and protect them with all your might. But when mother nature decides to start over, don’t despair, because she will eventually rebuild. 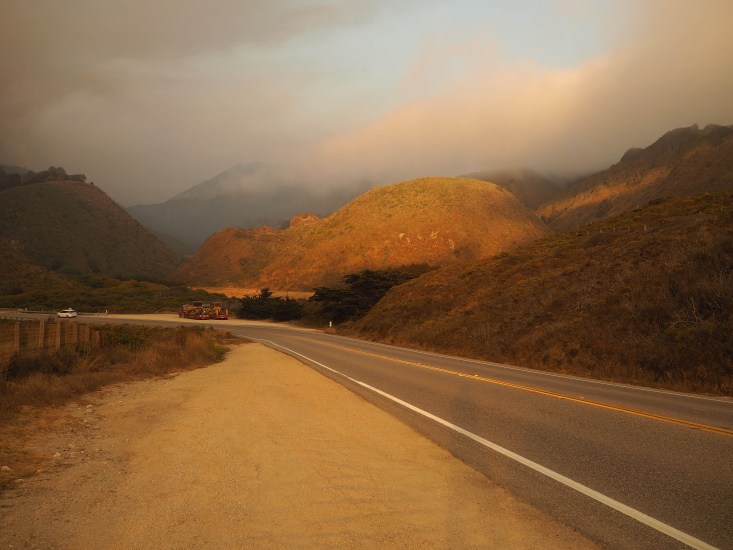