In our first few weeks on "The Homestead" as the land we currently live on is affectionately known, we have made some small improvements.

Garden: There’s something about planting a garden in late October that just feels wrong. We grew up in a place where fall arrives in September, and the ground is frozen until May or June. Nothing survives, much less thrives, under 3 feet of snow and ice. Well, it turns out that during the fall in California, the temperature finally drops below 90 (most days), and it’s not so strange to have living and thriving vegetables sprouting out of the dirt. Neither of us have much experience with gardening, but as you might have noticed, we’re pretty fluent in the art of making things up as we go. 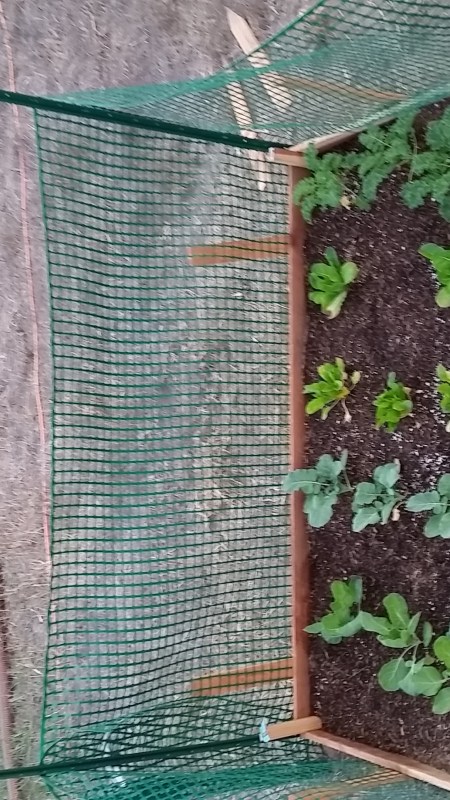 Read how we built it here

Shower: We DO have a shower inside the trailer, and it IS functional. However, the inside shower is tiny, cramped, and steams up the entire trailer in about 2 seconds.  Plus, outside showers are just SO. MUCH. BETTER.  Fortunately, the trailer comes with a showerhead nozzle already installed on the outside, which is also connected to the indoor water system (meaning it can deliver hot water!) With this already in place, it was simply a matter of creating a privacy enclosure in order to turn this into a fully functioning shower. We had a couple fence rods lying around, so we used those and a few shower curtains, and voila! We have a shower! We also added cement pavers on the ground, and also created a path from the shower to the front door. I may never take an indoor shower again!

Fire pit: What is a home without a fire pit?  The land we are living on is basically just a field of dead, dry grass (think: DROUGHT), so we were definitely a little weary about having campfires. But, NOT having campfires just wasn’t an option. In order to play it safe, we created a designated campfire area.  We made a fire pit with brick tree liners. We then had a slow, controlled burn of the grasses around the fire, to reduce the chance of the grasses catching by a spark. We also found a few old tree stumps in the woods, which became perfect seats! Here’s what the finished product looks like: 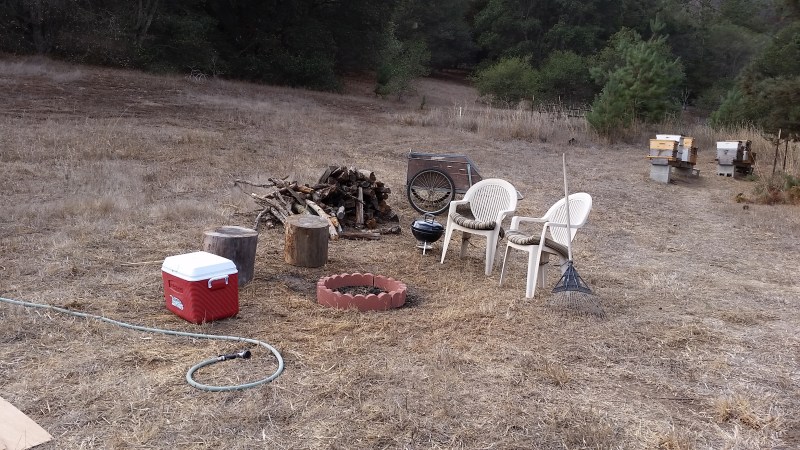 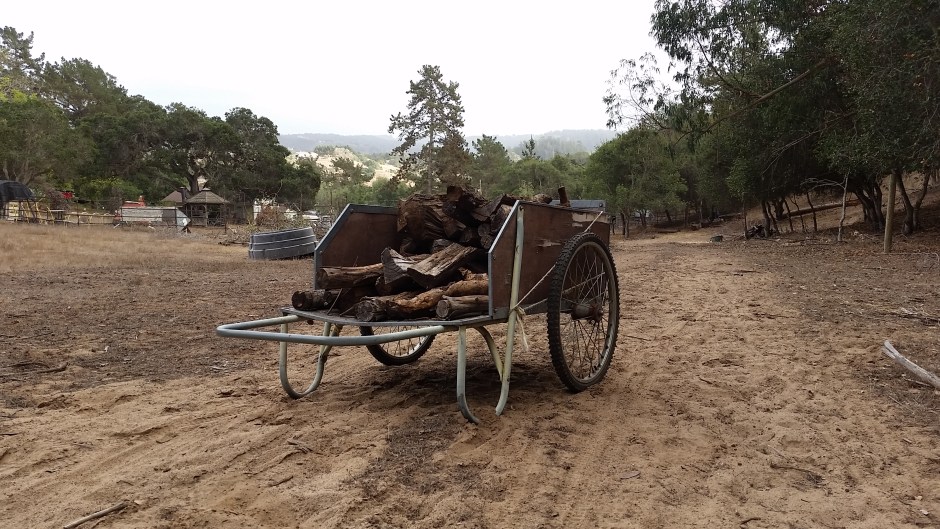