After visiting Heather’s parents, we headed to Dana’s parents.  We spent a few days there, and had lots of fun.  On Thursday, we went to a Red Sox game. They lost, but it was a beautiful night, and we were glad to spend some time at Fenway. 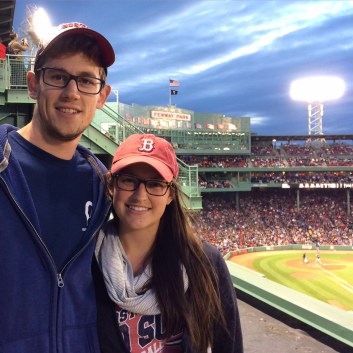 On Friday, we had a nice dinner in Boston with both of our families.  We both took advantage of still being in New England, and had oysters and lobster rolls.  The next day we had a little send-off shindig with friends in the Boston area. It was really great to see everyone who came out to see us off. 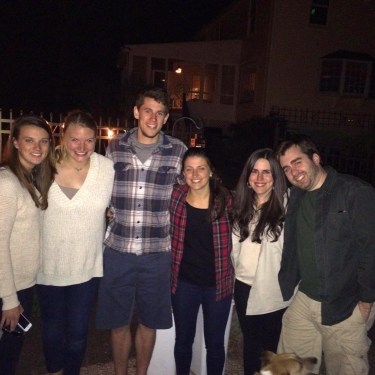 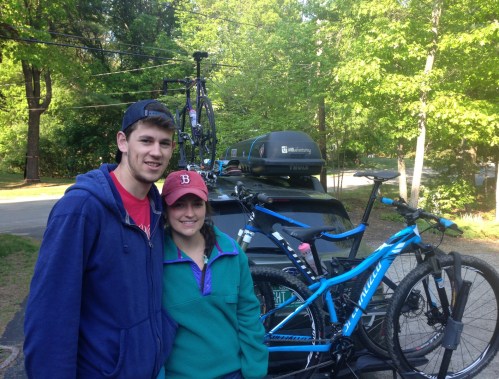 After a day of driving, we stopped at Charlie the Butchers for a famous “Beef on Weck” which is a delicious Buffalo specialty: 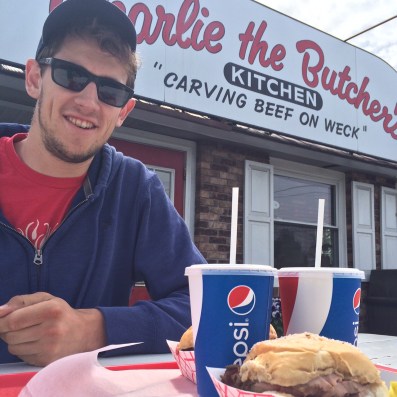 Then it was on to Niagara Falls.  We crossed into Canada with relative ease,  and got to Niagara around 5:00. We took our bikes down to the falls, and rode an elevator down 150 feet to get the “behind the falls” experience.  After that, we rode our bikes a few miles up the river. It is amazing how calm the river is just a small distance before the water plummets down the massive falls. 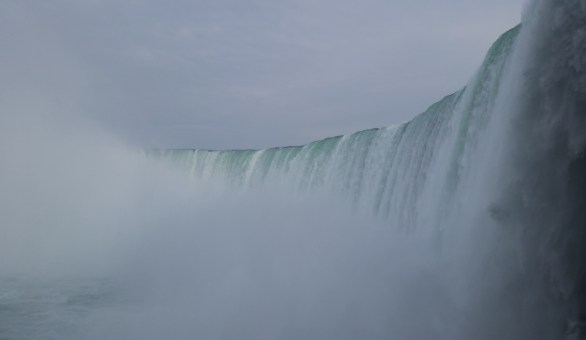 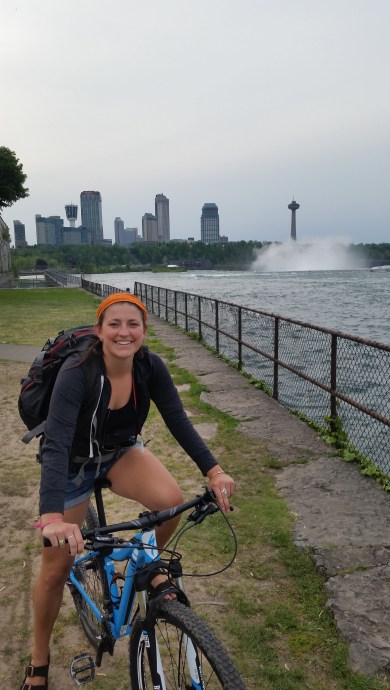 We left Bright and early the next morning, headed for Chicago.  After a few hours driving though Canada, we arrived at the U.S. border.  We waited in line for a while, crossing our fingers that we wouldn’t get searched. Unpacking this car would take hours! Luckily, the officer sent us on our way. We drove a ways longer, and stopped in Ann Arbor Michigan. We had lunch at Zingerman’s Deli.  It was such a cool place, and the food was delicious. 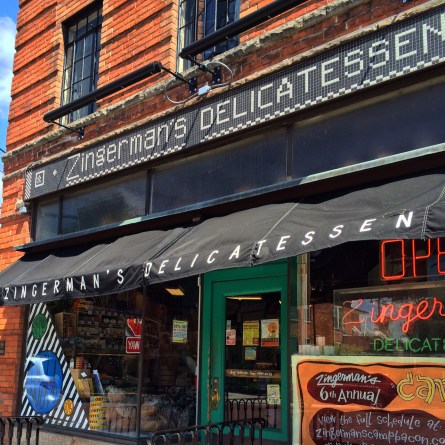 After lunch, we continued on to Chicago. We met our friends Stefanie and Scott at Big Star Tacos in Wicker Park.  The food was great, and it was awesome to see them.  We then got ice cream, and checked out the waterfront. 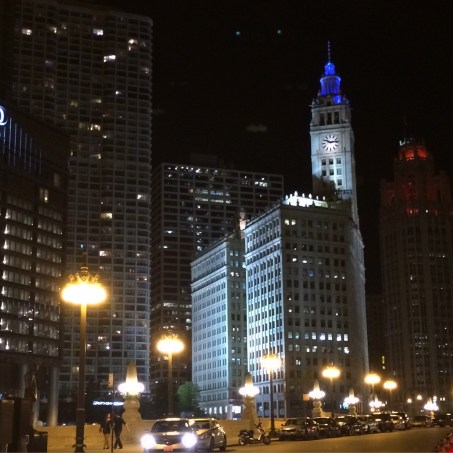 We slept at Scott and Stefanie’s place, and then got on the road early this morning. Today is our second longest day of driving, with 800 miles to cover.  We stopped in Des Moines Iowa for an oil change, and then got lunch at Smitty’s Tenderloin Stop.  This was the third food stop that we have made from our new book “Road Food” that the Trounson family gave us at our send off party. Thanks guys, It hasn’t disappointed! 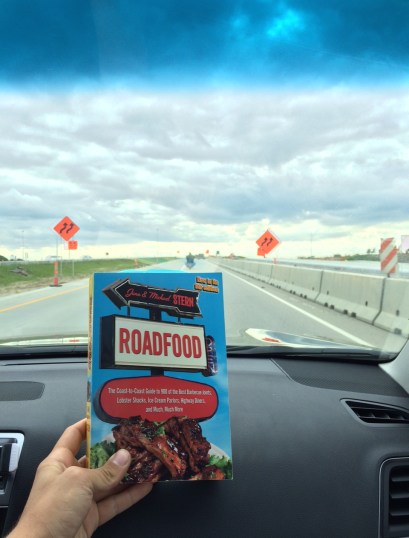 Driving through Iowa and Nebraska has been relatively uneventful except for the few quick torrential downpours, which reminded us that we are in tornado country. Tonight we plan to stop at Ole’s Big Game Steakhouse, they have over 200 mounted animals! Believe it or not, this is a big attraction around these parts.

We will soon be crossing into mountain time. We were taken by surprise when we realized we had switched time zones last night.  In crossing though two time zones in two days, it occurred to us just how big this country is, and how far we are traveling.

Tomorrow we have another big day of driving.  We will end up in Park City Utah.  Then we have a day off from driving. We are excited to spend a day exploring, and to stretch our legs!