Heather and I both come from families who celebrate Christmas. Some of our favorite holiday traditions center around food.  This time of year has traditionally been filled with roasts, pies, and of course, mashed potatoes.  For us, this was our first holiday season away from family.  Living on the east coast, both of us always made multiple trips each year to spend time with family, and feast. But this year, being across the continent made that a bit harder.  We knew we wanted to keep some of our traditions, but struggled to figure out how.  With only 2 people, and VERY limited kitchen space, how would we roast a turkey on thanksgiving?  And what about the leftovers? Would they all fit in our fridge?

Holiday Cooking in a Tiny House 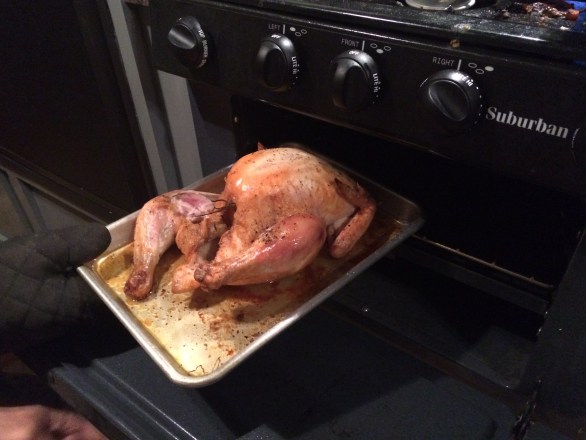 Just like nearly every other American, we were able to enjoy turkey on thanksgiving.  We also enjoyed a lot of our favorite side dishes. We did, however, have to cook it a bit more creatively. Instead of baking a large turkey, and all of the sides separately, we made one giant thanksgiving stew!  We browned turkey legs, then added all the vegetables that we associated with thanksgiving: potatoes, carrots, corn, yams, onions, and more. We even added some kale from our garden!  We cooked it all in a big pot, and enjoyed with some wine. One of my favorite parts of thanksgiving is always the pecan pie- so we made one of those as well.  Luckily, our oven fits a full sized pie pan perfectly! 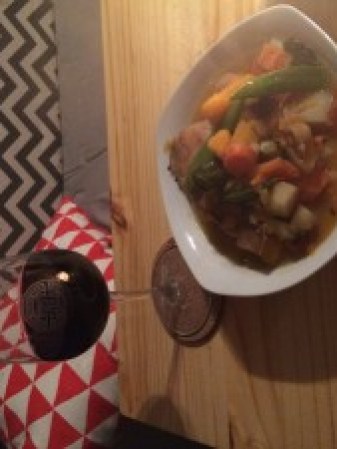 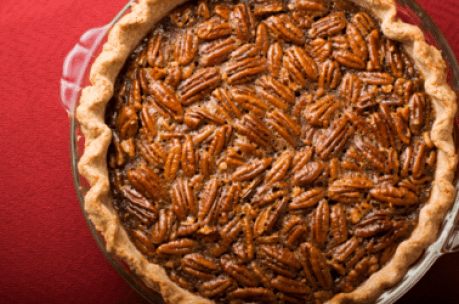 For Christmas Eve, my family celebrates our Swedish heritage by cooking Swedish meatballs. It often turns into a full family affair, with one person making the mashed potatoes, another scooping out meatballs, and another frying them.  This year Heather and I still made the meatballs, but on a smaller scale.  To feed the whole hoard my folks usually needed to make a ton of food.  This time around, it was just a few meatballs to fry, and a few potatoes to mash, so it wasn’t too much to handle. 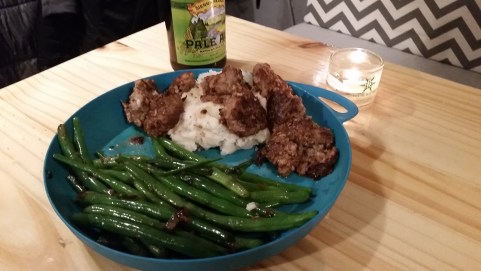 Both of our families have similar traditions on Christmas day. Her family makes monkey bread before opening presents, while mine always makes apple muffins.  We really wanted to keep these delicious traditions, so we made both, in small quantities.  We found a mini bundt pan for the monkey bread and a small muffin pan for the apple muffins.  There wasn’t enough room in the oven for them at the same time, so we made one after the other.  Even when we cut our traditional recipes in half, I still have a feeling we’ll be eating these for a while!

For Christmas Dinner we made a roast.  A roast?!?  Yes, you read correctly, we can in fact roast meat in our slightly-larger-than-an-easy-bake oven. We have done a whole chicken in the past- which conveniently fits about perfectly.  We cooked a rib roast, and it turned out perfectly!

But What about the leftovers?

Our fridge is a bit larger than the the refrigerators you find in a college dorm room. While it isn’t the tiniest, there isn’t a ton of room for the huge amounts of leftover food that holiday cooking usually generates. To make sure we use our small space wisely, we try to only cook what we can eat that night, or in the next day. As long as our food stockpile doesn’t get any larger than that, we don’t have any issues with room. 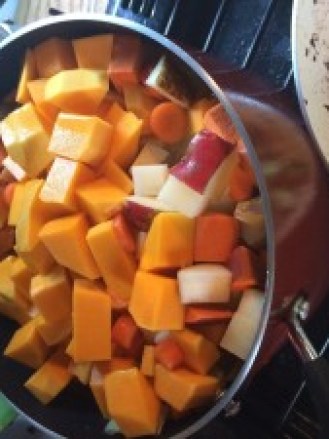 So we made it through our first holiday season together in the tiny house without burning the place down or starving to death. While it wasn’t necessarily perfect, and we really missed being back east with our families, this was a pretty good substitute. We had fun re-creating our traditional meals, and we are pretty stoked that our tiny kitchen is capable of making all our favorite dishes.